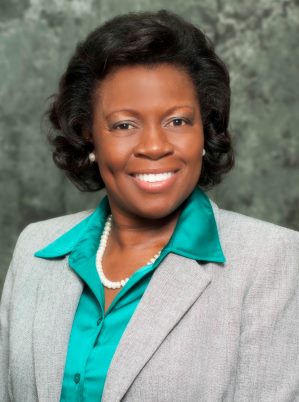 Nassau, Bahamas – April 1, 2016–Nassau Airport Development Company (NAD) and Vantage Airport Group are pleased to announce the appointment of Paula Rigby to the position of Acting Vice President of Finance and Chief Financial Officer. Paula’s appointment follows the departure of Chris Ryan, who assumed both roles when he joined NAD in 2012. Paula joined the company in 2007 as Financial Controller and was appointed Director of Finance in 2013.  In her new post, she will provide leadership and coordination of the company’s financial planning, debt management and budget management functions toward the continued implementation of the organization’s strategic goals.

“We’re delighted to congratulate Paula on her acting appointment,” said Vernice Walkine, NAD’s President and CEO.  “She has excelled in her previous roles here at NAD and, as such, has the background and experience necessary to succeed in her new position.”

The Honourable Glenys Hanna-Martin, Minister of Transport and Aviation, also offered her congratulations, stating, “This most recent appointment signifies the attainment of a 100 per cent Bahamian leadership at NAD. This is historic. I congratulate Ms. Rigby on her appointment and am very proud to see the vision materialize of Bahamians entering a new industry and distinguishing themselves at world standards.  These airport industry leaders are trailblazers and I expect them to continue to uphold and indeed exceed the very high standards that they have already set.”