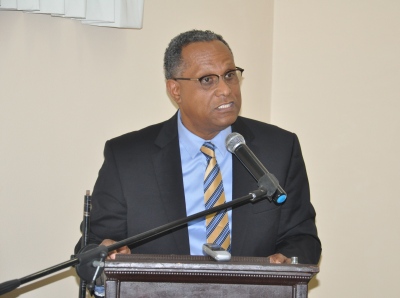 FREEPORT, Grand Bahama – An official contract for establishment of a new Freeport Community Clinic was signed March 30, 2016 in the boardroom of the public Rand Memorial Hospital.  Minister for Grand Bahama, the Hon. Dr. Michael Darville addressed the signing between the Public Hospitals Authority and The Beck Group, stating: “This signing represents another step in the advancement of healthcare for the residents of Grand Bahama; and by extension, the Northern Bahamas.”

The execution of the contract facilitates the architectural drawings necessary for the construction of the Freeport Community Clinic, which will be located on a new Greenfield site on East Sunrise Highway.

Dr. Darville continued: “I was advised that The Beck Group has also reached an advanced stage in the planning process for the redevelopment of the Princess Margaret Hospital.  It is expected that both the new Freeport Community Clinic and the redeveloped Princess Margaret Hospital will meet the high expectations of the Bahamian people, and the rigorous standards that will be imposed by the implementation of Universal Healthcare, through the mechanism of Nation Health Insurance.”