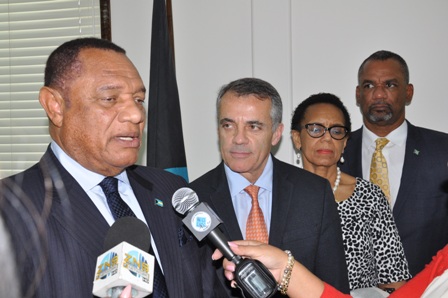 FREEPORT, Grand Bahama – The University of Miami will establish a School of Medicine in Freeport, Prime Minister the Rt. Hon. Perry G. Christie announced during a press briefing on Friday, May 6, 2016 at the offices of the Ministry for Grand Bahama.

Prime Minister Christie thanked Dr. Goldschmidt for meeting with them to further discuss the Memorandum of Understanding, signed 14 weeks ago between the Government of The Bahamas and the University of Miami.

Bahamians, he continued, spend a lot of money going into Florida for medical assistance and attention. This school of medicine will bring a new approach to the delivery of health care in Grand Bahama. The facility, he added, will be a teaching hospital that will be one of kind.

Establishing the school of medicine will be an investment of $100 to 150 million, and the nation’s leader stated “we must be careful of what we offer people.” Referring to when he was the Minister of Health 1972 to 1982, the Bahamas received negative publicity due to offering people “their last hope.”  It is because of this that legislation will cover services offered by the country. This is why, he added, there was legislation on stem cells.  As The Bahamas does not have scientists in place, the University of Miami will have their scientists in place, and the service offered will impact the economy of the country.

The Bahamas and the University of Miami, he said, must make this happen. He said they have committed themselves to a path and “we are very optimistic.”

Dean Goldschmidt noted that the relationship between the University of Miami and the Government of The Bahamas was established a few years ago and they took an important step a few weeks ago with the signing of the MOU.  During their meeting on Friday, he added, the Prime Minister discussed the future of medicine, and his vision is in keeping with that of the University’s.

The University is committed to moving quickly, and healthcare is a great way to bring opportunities to the country. After discussing the Prime Minister’s vision, it is something they would like to be a part of. 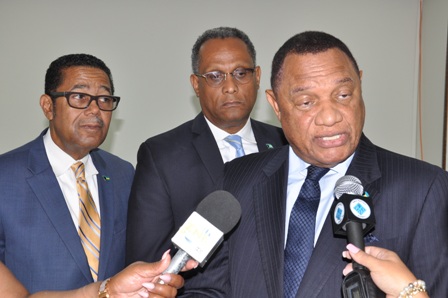